In the not-too-distant future, thanks to the magic of cutting-edge medical breakthroughs, people could live healthy, vibrant lives of 125 years of age and beyond. Under development are gene therapies to eradicate cystic fibrosis, Alzheimer’s disease and even deadly cancers. Scientists are coming close to using stem cells to repair injured spinal nerves, regenerate muscle in damaged hearts, restore failing livers, reverse retinal degeneration, and combat leukemia, sickle-cell anemia and multiple sclerosis. Soon, thanks to nanotechnology, atom-sized “nano-bots” will course through your body repairing and rejuvenating cells and eliminating cancers.

Science is doing its part. What Americans need now is a 21st century health care system flexible enough to deliver to the public these fruits of the medical revolution, one that is global in scope, technology-driven, cost-efficient, and able to react quickly to customers’ changing needs and new technologies.

Instead, Americans are being offered the opposite. The Affordable Care Act of 2010 creates a wasteful, costly bureaucracy that promises to slow down the delivery of services and eliminate others. To offset the program’s operational costs, the bill mandates rationing of services we now take for granted. New Medicare head Dr. Donald Berwick strongly advocates medical rationing .

Is it any wonder dozens of states and over 1,000 businesses want to opt out of the bill’s coverage? 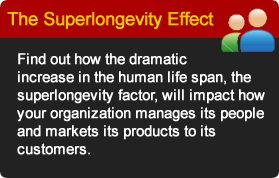